In the midst of time, Believers had gathered
At the call of “Hal Min Nasir,” 72 had answered

Together in selflessness, their ego they had shattered
They attained “Al-Mutmaina,” and nothing else mattered

They emptied their jealousy, their heresy, their rivalry
They brought about loyalty and wrote their own destiny

They rose above family, ethnicity, any kind of heredity
“I am a lover of Hussain,” only that was their identity

When I thought about unity, with a brush in hand
The only thing I painted, was a land full of sand

A face full of light, praying amongst arrows
Protected by dozens, all standing pharos

None of them were tied by the same blood’s chains
They shared the same faith; love ran in their veins,

They tore their own desires, and threw them in the air
As if free from themselves, they had become aware

Together in selflessness, their ego they had shattered
They attained “Al-Mutmaina,” and nothing else mattered

What lessons can we learn, dear brothers and sisters
How can we reach a state, where nothing else matters?

Today where is Karbala, and who is my enemy?
If Ashura is alive, then show me its legacy

I kept begging the Almighty, for guidance and salvation
And He sent an angel with a message for our generation

With an ayat from the Quran, the Angel began its talk,
“Behold the rope of Allah,” together you’ll be a rock

“Karbala is alive, more than it has ever been
You want to fight evil, I’ll tell you where to begin

Look into a mirror and stare in your eyes
Buried within you, in complete disguise

Deep within yourself, your ego and its lies
It grows everyday, while its your faith that dies”

This evil is within you, so drop the sword in hand
Kneel down in prayers, with a rosary in hand

This is not the lesser struggle, there’s no iron spear
This is the greater one, burn it with a single tear

To defeat this enemy, don’t fight side by side
Call all your brothers, and pray side by side

When your women will rise from Zainab’s fire
When your men will wear, Abbas’ attire

Only then will we attain mutmaina, the ultimate certainty
The state where your soul rests in peace for eternity

Yes Karbala is alive, and Husain’s heir is alive
It’s a matter of time, when Al-Mahdi will arrive

Will you we be today’s Zuhair, Habib, Or Hur Ar riahi
Today’s Dulham, Rubab, or Umme Wahb al Kalbi?

Al Muntadher is waiting for his followers to gather
So on this night of Qadr, let’s write a new chapter

The Caravan of Hussain, is forever waiting
Waiting for its ansar, Al Mahdi is aching

So let’s join it together, and awaken our consciousness
Let’s join our Master together, together in selflessness 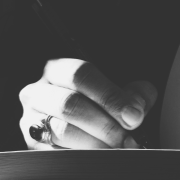 Imam Ali (a) – Success on the Nights of Qadr