Most of these moves by the US have had the direct or indirect result of strengthening the Islamic Republic politically, militarily, and technologically, making Iran more self-reliant and self-confident than ever before in almost every conceivable aspect.

The Islamic Republic has been in Washington’s crosswires since the revolution of February 1979 overthrew its client regime of the so-called Shahanshah (the king of kings). Putting an abrupt end to US influence over America’s most priceless geo-political “possession” in the region, the Islamic revolution made Iran emerge as the greatest challenge to long-term American influence in the region and the Muslim world.

Three decades later, as we are about to enter the second decade of the twenty-first century, the challenge has not receded or lessened. Rather it has grown more formidable with time, as the Islamic Republic advances in experience and strength, at times faltering but evolving resolutely towards rational horizons, while the US sinks deeper into the quagmire of its super-problems, domestic and international.

The United States, as represented by different administrations from Carter to Obama, has never been able to reconcile itself to the Islamic regime, whose foundational principles and policies continue to be viewed by its political gurus and ruling elite as the greatest potential threat to US influence over the Muslim world and perhaps to America’s global hegemony as the world’s biggest military power.

Despite the passage of three decades, the Islamic regime has been unflagging in its condemnation of US military adventurism, in particular the adventures of the past decade in Iraq and Afghanistan, and in its opposition to US policies in the region, especially its gross support of Israel and its aggressions against Palestinians and neighbors.

All the major political and military moves, conceived by the United States in relation to the region, as well as all the labors of the intelligence and media agencies, have been aimed to reverse the setbacks to American influence occasioned by the establishment of the Islamic regime:

The all-round US support for Saddam Hussein’s eight-year war against Iran, the drama of the Gulf war of 1991 and the consequent entry and establishment of American military bases in the Persian Gulf region, the massive effort, lasting for a generation, by US intelligence agencies and outfits to destabilize the Islamic regime through support for Iranian terrorist outfits and political groups opposed to the Islamic regime, the hostile propaganda and psychological warfare, also lasting for a generation, by the main-current US and Western media against the so-called “clerical regime”, the military occupations of Afghanistan and Iraq, aimed to encircle Iran, and the false-flag operation of 9/11 which served as the justification for these military adventures, presenting the issue of uranium enrichment by Iran to the world opinion as involving a unique danger of proliferation of nuclear weapons and threat to international security, and UN Security Council economic sanctions based on the related perceptions and propaganda…

Ironically, most of these moves have had the direct or indirect result of strengthening the Islamic Republic politically, militarily, and technologically, making Iran more self-reliant and self-confident than ever before in almost every conceivable aspect.

Somehow, call it failed ingenuity or stupidity, the hostility of the past US administrations has hardly ever failed to work except in favor and to the advantage of this country and its Islamic regime.

By contrast, the US support for its “friends”, especially Israel, which is America’s “special friend”, has never failed to work to the detriment of the Zionist regime. America’s financial and military support for Israel has made it so dependent on US “support” that the continued existence of Israel is inconceivable without it.

The aggressions and crimes against humanity perpetrated by Zionist governments during the last six decades of Israel’s ignominious history would have been impossible without America’s military and moral support. American support for Israel has left both countries politically and morally bankrupt. The biggest existential threat to Israel comes not from its enemies, but from its own character which has been so hideously shaped by America’s material and moral “assistance” and the fatal reliance of the Zionist regime on US “friendship” and “support”, as if the US were the God of Zionism.

Undoubtedly, in these facts of global dimensions there is a bright lesson for America’s friends and foes, especially the Iraqis, the Afghans and the Pakistanis: America’s hostility and enmity are the greatest gifts that any nation may enjoy in moral and material terms, and its friendship and support are the biggest plague and curse that may alight on any nation!

Sayyid Ali Quli Qarai is the author of several books, including a phrase-by-phrase English translation of the Holy Qur’an. 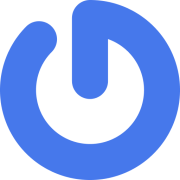 Drug Use and Abuse

The Blessings of Rajab