For over a century, Eurocentric orientalists, living in ivory towers, decided to take up a sustained interest in Islam. These men labored diligently for decades, studying, researching, and writing tons of “scholarly” books and articles about Islam. Finally, they arrived at the most ingenious revelation: the Islamic tradition was a colossal historical conspiracy, fabricated by ambitious and politically driven Muslims over a thousand years ago.

If only we Muslims had known! We wouldn’t have squandered away years of praying, fasting, and believing in a Prophet (s) sent to guide the entirety of humanity. Or maybe we did know, and that was just another part of our big master conspiracy.

How could the academic study of Islam arrive at such a fatuous, and more importantly, baseless, conclusion? Jonathan Brown suggests that the Western approach to studying historical sources, commonly referred to as the Historical Critical Method (HCM) played an undeniable part. Through a complex soiree of social and political forces originating in Europe, Western scholars developed HCM to determine the authenticity of historical and religious sources. This method, although not always uniform in its application, is undergirded by a set of assumptions, one of which is a “a general suspiciousness towards orthodox narratives presented in texts.”

This means that when studying Islam’s textual history, European academics a priori doubted whatever Muslims wrote about themselves and their religion. Let me explain in plain English! If your default assumption was to disbelieve in the sources you were about to study, wouldn’t your conclusion reflect your starting assumption? This is in fact exactly what occurred in the Western study of the Islamic hadith tradition. European scholars like Ignaz Goldziher presumed that most of the colossal Sunni and Shii hadith traditions were fabricated for largely political reasons (because clearly politics motivated most Muslim scholarship). Goldziher’s views on the Shiite tradition were slightly more pejorative. He discounted their reports as a polemically driven forged body of material. To no one’s surprise, the result of his conclusions only affirmed his initial beliefs. Joseph Schacht (yet another European academic) followed in Goldziher’s orientalist footsteps and argued that isnads, or chains of transmissions, usually originating back to the Prophet (s) were fabricated to give a false veneer of authenticity.

At long last, a scholar by the name of Harold Motzki decided to call out his follow European brethren. He skillfully discredited their work, especially that of Schacht, exposing his strong biases against the Islamic tradition. Motzki interrogated Schacht’s often baseless assumptions and conclusions and demonstrated that in all likelihood, many of the isnads were indeed authentic.

How do we attempt to redeem objectivity in historical research? One option is that scholars using HCM should apply the legal maxim “innocent until proven guilty” as their baseline assumption. This is the only way to effectively suppress personal biases and preconceived assumptions. Moreover, this approach acknowledges power dynamics. Too often, academics like to pretend that their work exists in isolation from external political, economic, and social realities. But when a “White” man studies Islam in the academy, a whole host of issues should immediately come to mind like White colonial subjugation of Muslim civilization and land, geopolitical interests in the Middle East and North Africa, U.S. War(s) on Terror, Guantanamo Bay, and so on. This social and political awareness is not irrelevant to academic scholarship. It acts as a defensive mechanism against a regurgitation of orientalist work.

For Muslims, we can take subjective scholarship with a grain of salt since we know our own history and traditions. As for the Western secular academy, it must reassess its method of historical inquiry if it is to properly study and interpret other historical traditions. Orientalist prejudice must be dismantled wherever we see it, whether in academia or life.

For further information, see:
Hadith: Muhammad’s Legacy in the Medieval and Modern World by Jonathan Brown
The Origins of Islamic Jurisprudence: Meccan Fiqh before the Classical Schools by Harald Motzki (trans. by Maron Katz). 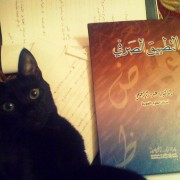 Safia is an MA student in Islamic Studies at the University of Texas at Austin. She is interested in Islam and America.

Freddie Gray, the Riots, and the Media